Welcome to another week.  It’s Monday! What are you Reading is hosted by Kathryn from Book Date, this is a weekly event to share what we’ve read in the past week and what we hope to read, plus whatever else comes to mind.

Shadow and Bone By Leigh Bardugo
5 Stars
Add to Goodreads

Alina Starkov has never been good at anything. But when her regiment is attacked on the Fold and her best friend is brutally injured, Alina reveals a dormant power that saves his life—a power that could be the key to setting her war-ravaged country free. Wrenched from everything she knows, Alina is whisked away to the royal court to be trained as a member of the Grisha, the magical elite led by the mysterious Darkling.

Yet nothing in this lavish world is what it seems. With darkness looming and an entire kingdom depending on her untamed power, Alina will have to confront the secrets of the Grisha . . . and the secrets of her heart.

Eight years have passed since the young Princess Bitterblue, and her country, were saved from the vicious King Leck. Now Bitterblue is the queen of Monsea, and her land is at peace.

But the influence of her father, a violent psychopath with mind-altering abilities, lives on. Her advisers, who have run the country on her behalf since Leck’s death, believe in a forward-thinking plan: to pardon all of those who committed terrible acts during Leck’s reign; and to forget every dark event that ever happened. Monsea’s past has become shrouded in mystery, and it’s only when Bitterblue begins sneaking out of her castle – curious, disguised and alone – to walk the streets of her own city, that she begins to realise the truth. Her kingdom has been under the thirty-five-year long spell of a madman, and now their only chance to move forward is to revisit the past.

Whatever that past holds.

Two thieves, who have sworn only to steal what has already been stolen, change her life forever. They hold a key to the truth of Leck’s reign. And one of them, who possesses an unidentified Grace, may also hold a key to her heart . . . 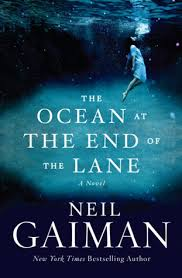 Sussex, England. A middle-aged man returns to his childhood home to attend a funeral. Although the house he lived in is long gone, he is drawn to the farm at the end of the road, where, when he was seven, he encountered a most remarkable girl, Lettie Hempstock, and her mother and grandmother. He hasn’t thought of Lettie in decades, and yet as he sits by the pond (a pond that she’d claimed was an ocean) behind the ramshackle old farmhouse, the unremembered past comes flooding back. And it is a past too strange, too frightening, too dangerous to have happened to anyone, let alone a small boy.

Forty years earlier, a man committed suicide in a stolen car at this farm at the end of the road. Like a fuse on a firework, his death lit a touchpaper and resonated in unimaginable ways. The darkness was unleashed, something scary and thoroughly incomprehensible to a little boy. And Lettie—magical, comforting, wise beyond her years—promised to protect him, no matter what.

The Belles by Dhonielle Clayton
Add to Goodreads

But it’s not enough for Camellia to be just a Belle. She wants to be the favorite—the Belle chosen by the Queen of Orléans to live in the royal palace, to tend to the royal family and their court, to be recognized as the most talented Belle in the land. But once Camellia and her Belle sisters arrive at court, it becomes clear that being the favorite is not everything she always dreamed it would be. Behind the gilded palace walls live dark secrets, and Camellia soon learns that the very essence of her existence is a lie—that her powers are far greater, and could be more dangerous, than she ever imagined. And when the queen asks Camellia to risk her own life and help the ailing princess by using Belle powers in unintended ways, Camellia now faces an impossible decision.

With the future of Orléans and its people at stake, Camellia must decide—save herself and her sisters and the way of the Belles—or resuscitate the princess, risk her own life, and change the ways of her world forever. 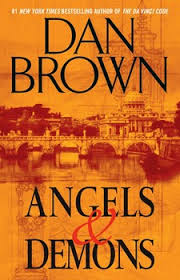 When world-renowned Harvard symbologist Robert Langdon is summoned to a Swiss research facility to analyze a mysterious symbol — seared into the chest of a murdered physicist — he discovers evidence of the unimaginable: the resurgence of an ancient secret brotherhood known as the Illuminati… the most powerful underground organization ever to walk the earth. The Illuminati has surfaced from the shadows to carry out the final phase of its legendary vendetta against its most hated enemy… the Catholic Church.

Langdon’s worst fears are confirmed on the eve of the Vatican’s holy conclave, when a messenger of the Illuminati announces he has hidden an unstoppable time bomb at the very heart of Vatican City. With the countdown under way, Langdon jets to Rome to join forces with Vittoria Vetra, a beautiful and mysterious Italian scientist, to assist the Vatican in a desperate bid for survival.

Embarking on a frantic hunt through sealed crypts, dangerous catacombs, deserted cathedrals, and even to the heart of the most secretive vault on earth, Langdon and Vetra follow a 400-year old trail of ancient symbols that snakes across Rome toward the long-forgotten Illuminati lair… a secret location that contains the only hope for Vatican salvation.

An explosive international thriller, Angels & Demons careens from enlightening epiphanies to dark truths as the battle between science and religion turns to war.

What is up next:

Seventeen-year-old Snow has spent her life locked in Whittaker Psychiatric—but she isn’t crazy. And that’s not the worst of it. Her very first kiss proves anything but innocent…when Bale, her only love, turns violent.

Despite Snow knowing that Bale would never truly hurt her, he is taken away—dashing her last hope for any sort of future in the mental ward she calls home. With nowhere else to turn, Snow finds herself drawn to a strange new orderly who whispers secrets in the night about a mysterious past and a kingdom that’s hers for the taking—if only she can find her way past the iron gates to the Tree that has been haunting her dreams.

Beyond the Tree lies Algid, a land far away from the real world, frozen by a ruthless king. And there too await the River Witch, a village boy named Kai, the charming thief Jagger, and a prophecy that Snow will save them all.

Laylee can barely remember the happier times before her beloved mother died. Before her father, driven by grief, lost his wits (and his way). Before she was left as the sole remaining mordeshoor in the village of Whichwood, destined to spend her days washing the bodies of the dead and preparing their souls for the afterlife. It’s become easy to forget and easier still to ignore the way her hands are stiffening and turning silver, just like her hair, and her own ever-increasing loneliness and fear.

But soon, a pair of familiar strangers appears, and Laylee’s world is turned upside down as she rediscovers color, magic, and the healing power of friendship.