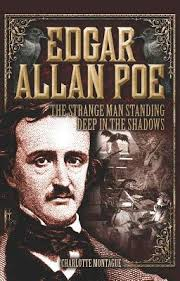 Poe is viewed as the ultimate doomed romantic whose last days are shrouded in sordid mystery. His life was a disaster, but his achievements in writing are amazing. He is widely recognized as father of the modern short story, inventor of the detective story and the master of horror.

150 years after his death, Charlotte Montague has written a fascinating account of Poe’s life and times. In the process, she uncovers a strange man, standing deep in the shadows, whose macabre stories and twisted plots changed literature forever. 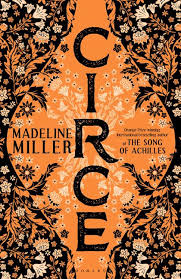 When I was born, the name for what I was did not exist.

Circe is the daughter of Helios, the sun god, and Perse, a beautiful naiad. Yet from the moment of her birth, she is an outsider in her father’s halls, where the laughter of gossiping gods resounds. Named after a hawk for her yellow eyes and strange voice, she is mocked by her siblings – until her beloved brother Aeëtes is born.

Yet after her sister Pasiphae marries King Midas of Crete, Aeëtes is whisked away to rule his own island. More isolated than ever, Circe, who has never been divine enough for her family, becomes increasingly drawn to mortals – and when she meets Glaucus, a handsome young fisherman, she is captivated. Yet gods mingle with humans, and meddle with fate, at their peril.

In Circe, Madeline Miller breathes life once more into the ancient world, with the story of an outcast who overcomes scorn and banishment to transform herself into a formidable witch. Unfolding on Circe’s wild, abundant island of Aiaia, where the hillsides are aromatic with herbs, this is a magical, intoxicating epic of family rivalry, power struggles, love and loss – and a celebration of female strength in a man’s world. 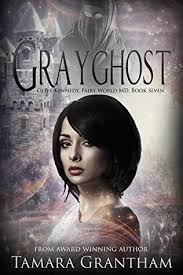 It’s been four years since Olive Kennedy sealed the portals between Earth and Faythander. Four years that she’s been living on Earth, working as a consultant to the Houston PD. It helps keep her mind off other things—like being separated from her husband and her dragon king stepfather. 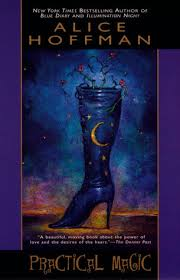 The Owens sisters confront the challenges of life and love in this bewitching novel from New York Times bestselling author Alice Hoffman.

For more than two hundred years, the Owens women have been blamed for everything that has gone wrong in their Massachusetts town. Gillian and Sally have endured that fate as well: as children, the sisters were forever outsiders, taunted, talked about, pointed at. Their elderly aunts almost seemed to encourage the whispers of witchery, with their musty house and their exotic concoctions and their crowd of black cats. But all Gillian and Sally wanted was to escape.

One will do so by marrying, the other by running away. But the bonds they share will bring them back—almost as if by magic… 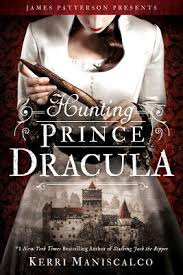 In this New York Times bestselling sequel to Kerri Maniscalco’s haunting #1 debut Stalking Jack the Ripper, bizarre murders are discovered in the castle of Prince Vlad the Impaler, otherwise known as Dracula. Could it be a copycat killer…or has the depraved prince been brought back to life?

Following the grief and horror of her discovery of Jack the Ripper’s true identity, Audrey Rose Wadsworth has no choice but to flee London and its memories. Together with the arrogant yet charming Thomas Cresswell, she journeys to the dark heart of Romania, home to one of Europe’s best schools of forensic medicine…and to another notorious killer, Vlad the Impaler, whose thirst for blood became legend.

But her life’s dream is soon tainted by blood-soaked discoveries in the halls of the school’s forbidding castle, and Audrey Rose is compelled to investigate the strangely familiar murders. What she finds brings all her terrifying fears to life once again.