I honestly thought I was going to get a lot more reading done this past week. Oh well, that is how it goes sometimes. The more I attempted to relax this past week the worse my anxiety got, but that is how life is sometimes.  I will be writing reviews this week for some books that I have read over the last few weeks.    So here is to hoping that I get at least the books below read.

Nahri has never believed in magic. Certainly, she has power; on the streets of 18th century Cairo, she’s a con woman of unsurpassed talent. But she knows better than anyone that the trade she uses to get by—palm readings, zars, healings—are all tricks, sleights of hand, learned skills; a means to the delightful end of swindling Ottoman nobles.

But when Nahri accidentally summons an equally sly, darkly mysterious djinn warrior to her side during one of her cons, she’s forced to accept that the magical world she thought only existed in childhood stories is real. For the warrior tells her a new tale: across hot, windswept sands teeming with creatures of fire, and rivers where the mythical marid sleep; past ruins of once-magnificent human metropolises, and mountains where the circling hawks are not what they seem, lies Daevabad, the legendary city of brass, a city to which Nahri is irrevocably bound.

In that city, behind gilded brass walls laced with enchantments, behind the six gates of the six djinn tribes, old resentments are simmering. And when Nahri decides to enter this world, she learns that true power is fierce and brutal. That magic cannot shield her from the dangerous web of court politics. That even the cleverest of schemes can have deadly consequences.

After all, there is a reason they say be careful what you wish for…

Rue and the crew of the Spotted Custard return from India with revelations that shake the foundations of England’s scientific community. Queen Victoria is not amused, the vampires are tetchy, and something is wrong with the local werewolf pack. To top it all off, Rue’s best friend Primrose keeps getting engaged to the most unacceptable military types.

Rue has family problems as well. Her vampire father is angry, her werewolf father is crazy, and her obstreperous mother is both. Worst of all, Rue’s beginning to suspect that what they really are… is frightened.

What more can a mystery addict desire than a much-loathed murder victim found aboard the luxurious Orient Express with multiple stab wounds, thirteen likely suspects, an incomparably brilliant detective in Hercule Poirot, and the most ingenious crime ever conceived?

Current Reads:
This week I am hoping to get these 3 books done.  As of the time writing this I am a little doubtful only due to feeling so anxious not really about this but just in general. So in the morning, I am going to write up my plan for next week and hope for the best.  Here are the 3 books I am hoping to finish this week. 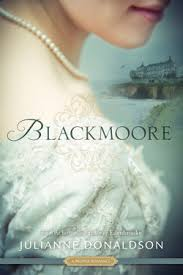 Kate Worthington knows her heart and she knows she will never marry. Her plan is to travel to India instead—if only to find peace for her restless spirit and to escape the family she abhors. But Kate’s meddlesome mother has other plans. She makes a bargain with Kate: India, yes, but only after Kate has secured—and rejected—three marriage proposals.

Kate journeys to the stately manor of Blackmoore determined to fulfill her end of the bargain and enlists the help of her dearest childhood friend, Henry Delafield. But when it comes to matters of love, bargains are meaningless and plans are changeable. There on the wild lands of Blackmoore, Kate must face the truth that has kept her heart captive. Will the proposal she is determined to reject actually be the one thing that will set her heart free?

Set in Northern England in 1820, Blackmoore is a Regency romance that tells the story of a young woman struggling to learn how to follow her heart. It is Wuthering Heights meets Little Women with a delicious must-read twist.

I Was Anastasia by Ariel Lawhon
Add to Goodreads

Russia, July 17, 1918, Under direct orders from Vladimir Lenin, Bolshevik secret police force Anastasia Romanov, along with the entire imperial family, into a damp basement in Siberia where they face a merciless firing squad. None survive. At least that is what the executioners have always claimed.

Germany, February 17, 1920, A young woman bearing an uncanny resemblance to Anastasia Romanov is pulled shivering and senseless from a canal in Berlin. Refusing to explain her presence in the freezing water, she is taken to the hospital where an examination reveals that her body is riddled with countless, horrific scars. When she finally does speak, this frightened, mysterious woman claims to be the Russian Grand Duchess Anastasia.

Her detractors, convinced that the young woman is only after the immense Romanov fortune, insist on calling her by a different name: Anna Anderson.

As rumors begin to circulate through European society that the youngest Romanov daughter has survived the massacre, old enemies and new threats are awakened. 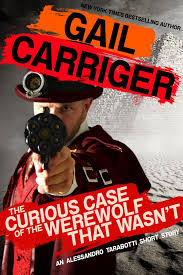 A short tale of mummies, werewolves, and well-preserved felines set in the world of the Parasol Protectorate.

Alessandro Tarabotti and his valet, Floote, are on a mission in Egypt when they encounter visiting tourists and things go all pie shaped. What is his real mission and will his Aunt Archangelica approve of his treatment of her cat?

In this short story, New York Times Bestselling Author Gail Carriger uses her comedic voice to delve into the history of one of her most beloved characters. If you have ever wondered about Alexia’s father, this will give you a glimpse into his adventures and character.