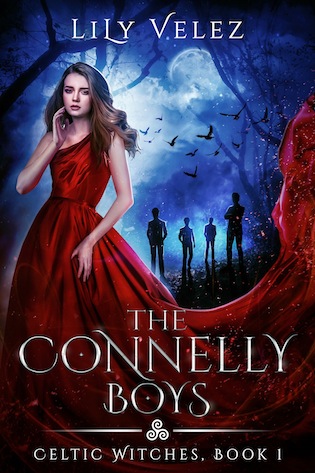 The Connelly boys are practically royalty at St. Andrew’s Prep. Popular, wealthy, and devastatingly beautiful, the four brothers have long cast a spell over their classmates and over the sleepy seaport town of Rosalyn Bay, Ireland.

…Or so the rumors say.

Seventeen-year-old newcomer Scarlet Monroe has never been one for rumors, but when she inadvertently banishes a demon while trying to help eldest brother Jack Connelly, the most breathtaking of the boys and the one to whom she feels inexplicably drawn, she quickly discovers there may be more to the local superstitions and folklore than she originally thought.

Before long, she’s pulled into a dark and mysterious world filled with ancient magic, powerful spells, kidnapped souls, and deadly enemies. But none of it compares to discovering the truth of who she really is…or what she’ll have to become to defeat a rising evil older than humankind itself before she loses everyone she loves—that is, of course, if she can survive the world of the Connellys long enough.

Don’t miss this first installment in the new dark fantasy series by Lily Velez, which features Irish folklore, Celtic mythology, mystery and light romance, and an engrossing world of witches and magic that will keep you reading long into the night! 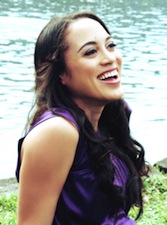 Lily Velez has been writing stories since she was six years old. Not much has changed since then. She still prefers the written word and her overactive imagination over the ‘real world’ (though to be fair, her stories no longer feature talking dinosaurs). A graduate of Rollins College and a Florida native, when she’s not reading or writing, she spends most of her days wrangling up her pit bulls Noah and Luna, planning exciting travel adventures, and nursing her addiction to cheese. All this when she isn’t participating in the extreme sport known as napping. You can learn more about Lily and her books at http://www.lilyvelezbooks.com.