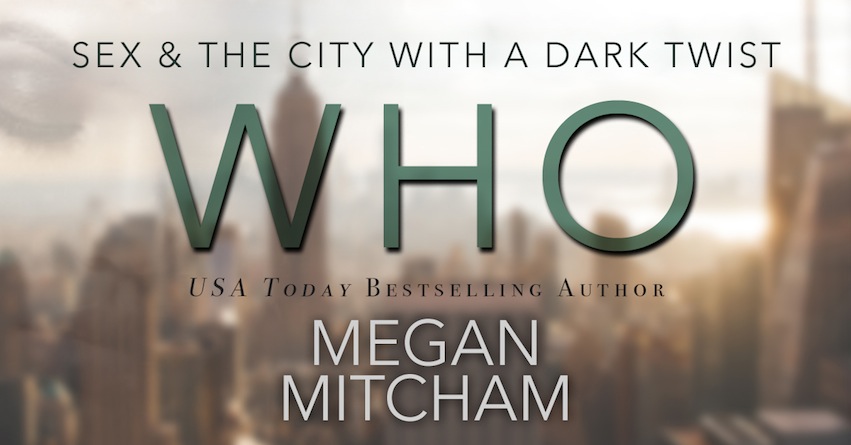 A billionaire in high heels. A relentless stalker. A chance rooftop meeting. Her choices could send everything crashing down.

Billionaire Larkin Ashford is fiercely independent, but even she has to admit her fashion empire was built on the backs of brides. When her company has the opportunity to go public, her board of directors won’t pull the trigger unless she settles down. A series of threatening messages aren’t making her decision any easier. As she retreats to her rooftop hideaway to clear her head, she finds herself imprisoned in the strong arms of a mysterious man who thinks she was about to jump.

Despite her friends’ warnings that her wannabe savior could be her stalker, she can’t get his body off her mind. Determined to find the truth, she searches the city for her mystery man and discovers a dark secret that could bring everything she’s worked for crashing down. With her empire in danger, she’ll have to uncover the truth before her fortune and her life zero out.

Who is the first standalone novel in a pulse-pounding psychological thriller series. If you like headstrong women, steamy chemistry, and twists you won’t see coming, then you’ll love Megan Mitcham’s high-rise romantic thriller.

Buy Who to live the high life with a sleek, sexy billionaire psychological thriller soon! 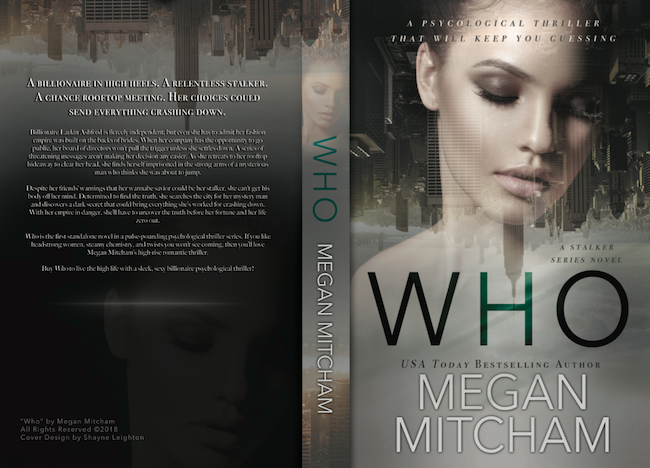 USA Today bestselling author Megan Mitcham was born and raised among the live oaks and shrimp boats of the Mississippi Gulf Coast, where her enormous family still calls home. She attended college at the University of Southern Mississippi where she received a bachelor’s degree in curriculum, instruction, and special education. For several years Megan worked as a teacher in Mississippi. She married and moved to South Carolina and worked for an international non-profit organization as an instructor and co-director.

In 2009 Megan fell in love with books. Until then, books had been a source for research or the topic of tests. But one day she read Mercy by Julie Garwood. And Oh Mercy, she was hooked!