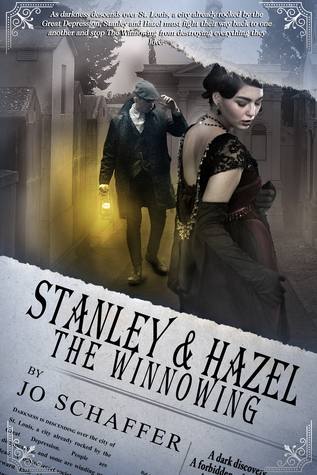 Darkness descends over St. Louis, a city already rocked by the Great Depression. More and more people are disappearing, and some have turned up dead. A sinister secret society is putting forward their plan known as “The Winnowing,” designed to wipe out those they consider “undesirable.”

After Stanley and Hazel foil the diabolical plans of Charles Chouteau, they become instant celebrities. Hazel is thrust into the role of debutante, and risks loses herself in it. Meanwhile, Stanley must deal with the horrific tragedy of his best friend’s death while being threatened by the unseen forces of the Veiled Prophet.

With things spiraling out of control, Stanley and Hazel’s relationship is tested, possibly beyond repair. As bodies pile up, people become more desperate. The divide between wealthy and poor grows ever wider, threatening to tear their worlds apart. Now, the two must find a way to work together if there is any hope at all of saving their relationship and their futures.

“Where do you go, Hazel Malloy?” Gabriel said in her ear.

“I can feel you thinking hard.” He chuckled.

Hazel smiled. “I like this song,” she said, embarrassed as though he could actually tell that he’d caught her thinking about him.

“I do too.” He pressed his cheek to hers, and she let him.

As the song ended, there was a slight disturbance from the far end of the room. Hazel glanced up, and her heart paused.

Stanley stood in the entrance of the conservatory, tall and suited up, a hard look on his face, one eye almost swollen shut. He was flanked by some of his Knights, looking rough and out of place in suits, smirks on their faces as they scanned the room. It was like Eliot Ness and his Untouchables about to raid.

The “good people” of St. Louis stared uneasily and made way as the boys stalked into the room. Hazel sometimes forgot what they must look like to everyone else. They were a tough looking lot, battle scarred, and imposing.

The song ended and in the pause before the next one began, Stanley took long strides across the room, toward where Hazel and Gabriel stood, still holding hands.

Stanley’s eye twitched. “Heya, Haze.” He tilted his head toward Gabriel. “If it isn’t soft slugger trying to get to first base.” His jaw flexed, and he breathed in through his nose, and Hazel knew he was counting to ten.

Gabriel released Hazel’s hand and calmly replied, “Good to see you, Fields. You clean up nice.” 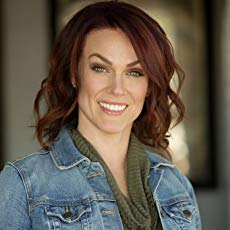 Jo Schaffer was born and raised in the California Bay Area in a huge, creative family. She is a YA novelist, speaker, writer at Patheos.com, works in film production and is a Taekwondo black belt.

She’s a founding member of Writers Cubed and co-founder of the Teen Author Boot Camp, one of the largest conferences in the nation for youth ages 13-19. She and a crew of local and international bestselling authors present writing workshops to hundreds of attendees at the Utah-based conference as well as hundreds of others worldwide who view the conference online.

Jo loves being involved in anything that promotes literacy and family. She is passionate about community, travel, books, music, healthy eating, classic films and martial arts. Her brain is always spinning new ideas for books and sometimes she even gets around to blogging.

Jo is mom to three strapping sons and lives in the beautiful mountains of Utah.