Welcome to the blog tour for the highly anticipated follow up novel in The Order of the Crystal Daggers series, Prince of Secrets and Shadows! Please read on for an exclusive excerpt, purchase details, and of course, a fab giveaway to enter!

But wait, there’s more! Today I am also revealing the stunning cover for book #3, Heart of Hope and Fear with a little teaser!

“How do I know you’re telling me the truth?” The last thing I wanted to do was hurt him, but if I did not find a way to break free of him, I would risk doing even more harm.

Ferdy met my gaze with his. “I promise you this, Ella, that as of now, I will never lie to you again.” He leaned forward and kissed me again, and I stood there, letting him, desperately debating whether I could trust him or not. His promise burned through me, his words scorched into my being. It was so tempting to believe him, more tempting than anything else I had ever faced in all my life.

Freedom was only freedom if I could trust it to be true.

After joining the Order of the Crystal Daggers, led by her dauntless grandmother, Lady Penelope, Eleanora Svobodová set out to save her kingdom from oncoming devastation.
And she failed.
Following the attack on Prague Castle, Eleanora is determined to redeem herself. She sets out to win Karl’s trust while distancing herself from Ferdy, whose secrets and lies have done nothing to stop her from falling in love with him. As she struggles to let him go, questions about the mission and her mother’s past cause a rift between Amir and Lady Penelope and add to the growing discord between Eleanora and her brother.
But when a cunning provocateur arrives in Prague, Eleanora discovers there is an even more deadly game afoot, one that reaches into Amir’s past and threatens Lady Penelope’s future. Now, the members of the Order must work together if they are to uncover the true enemy hiding in Bohemia.
Can they work together despite their divisions? Or will their division lead to even more destruction?

With spies, secrets, and suspense, Prince of Secrets and Shadows is the second book in The Order of the Crystal Daggers, a spy adventure series from C. S. Johnson.

“I told you the truth about your grandmother’s past, including some of the secrets she carries,” Harshad said. “But you are still not any more inclined to trust her with your secrets, are you?”

I blushed at his perception and shook my head. “No.”

He nodded. “I thought as much. Trust is a process, especially in a fallen world.”

Perhaps for once, I understood why Harshad wanted me to remain silent while he talked. Everything he said was intentional, designed to tantalize the mind. I was suddenly appalled when I realized how much I had likely missed in our sessions before.

I hoped I would be able to make up for it, after our mission was over.

When he did speak again, it seemed as though ages had passed. “You really are so much like Dezda. I wanted to see for myself how different you are, and that required time.” His voice was much more of a whisper, and I knew he was taking a risk, and letting me know one of his secrets. “I know you are different enough that I can freely admit that I came to regret training Dezda. I did not want to make the same mistake with you.”

“This is not a mistake,” I said, but I felt my resolve weaken. I remembered how Ferdy told me that the Order of the Crystal Daggers was full of assassins, and I had nothing to say in return. He was likely right. I did not know if I was comfortable having the talent to kill someone.

Harshad seemed to agree with my unspoken concerns. “Fighting is contrary to your nature.”

“Being stubborn and contrary is not.” A wry grin appeared on my face, and I was suddenly determined to change the subject. “Besides, Lady Penelope says that Society can only exist when people do things that are unacceptable to save it.”

“That does not mean you must be such a person.”

“I do not agree,” I said. “I am free to see the truth of such a calling, even if it is uncomfortable.”

“This is not what you want.”

I did not know how to respond; Harshad was right. I had my doubts about the Order, about working with people who, as Lady POW said, would fail me.

But I was at the castle when Karl and Lord Maximillian’s attack commenced. If I had done nothing at all, if I had backed away from Lady Penelope’s offer, if I had jumped at the chance to travel abroad and find a husband, or if I had taken enough of her money to start up Liberté with Ben, I would not have been able to save Ferdy.

Here is the unbelievably gorgeous cover for book #3 in the series, called Heart of Hope and Fear! I also have a little teaser for you below! 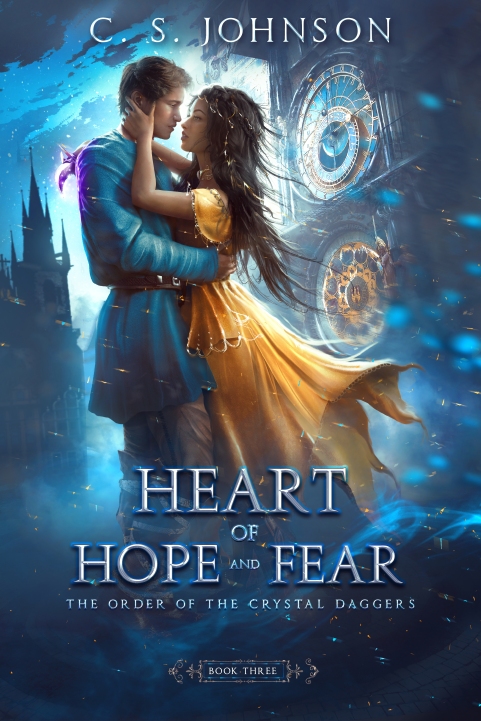 “What about the Order?” I hesitated to ask, knowing Amir had painful memories of his own. “I wanted to be free before. Lady Penelope pointed out that this is the opposite of what I wanted. I can’t help but feel she is right.”

“Wanting to be free is not a sin in itself,” Amir told me softly. “Only when that is everything and held to the highest priority is it so. We are loyal to the truth, Eleanora, but the truth is complicated, and freedom can be painful.”

In the battle between the past and the present, one girl must stand and fight for the future.

Following Lord Maximillian’s escape and Karl’s disappearance, Eleanora Svobodová and the other members of the Order of the Crystal Daggers have plenty to keep them preoccupied. Just as the Emperor calls for a tripartite council to determine the sovereignty of Bohemia, war breaks out in France, and Lady Penelope prepares the Order to come face to face with their true foe at last.

But then Eleanora discovers the startling truth about her mother’s last mission in Prague.

Can she rescue the prince, save the Emperor, and still protect her friends and family?

Ferdy’s mother narrowed her eyes at me. “I am relieved to hear that you have made such a study of both my sons of late, Lady Eleanora. I confess, I was surprised to hear of your engagement to Karl through the papers.”

“I regret to inform you, Your Highness, that Karl made the arrangements with the papers. I did not agree to an engagement.” I did not need a mirror to know my face had flushed over in red.

“Well, that’s not entirely true,” Ferdy interjected. “Ella has agreed to marry me.”

“What?” Lady Penelope, Empress Maria Anna, and Amir all turned to look at me. The heat in my cheeks exponentially increased.

“I love her, and she loves me,” Ferdy continued, clearly indifferent to how uncomfortable he was making me. It was scandalous that he would love me at all, but the way in which he presented his claim on my heart was more than inappropriate—especially given that we had to find his brother, who was, in the eyes of Society, the one who was rightfully engaged to me. “We would like to speak with the archbishop while we are here.”

“Today?” The empress gaped at him.

“Yes.” Ferdy stepped down from before the throne to stand beside me. He took my hand in his and brought it to his lips.

“Ferdinand … ” Empress Maria Anna looked from Ferdy to me, and then back at her son. She seemed aghast at the idea, and I did not know what to do to calm her fears—if I could do such a thing at all. My own stomach was turning and twisting into knots.

“I have fallen deeply under her spell, Mother, and I would hate to fall even further into scandal and temptation,” Ferdy continued, watching his mother carefully. “It would be such a stain on our family’s virtuous history.”

The former empress blushed as she looked at me, and I was too shocked to assure her Ferdy and I were not engaged in an affair; even if I had, I worried Ferdy would divulge more of our stolen moments together, just vague enough to let everyone assume the worst.

I only felt some measure of relief when Amir gave me a small smile. From where he stood behind Lady Penelope, I could see the somberness as well as the sincerity of his approval.

Suddenly, I did not want to know what Lady Penelope was thinking; I deliberately kept my face turned away from hers.

“It was only a few days ago that my life was endangered as I made my way back to Silesia,” Ferdy said, so smoothly I did not even call him on his lie. “Life is so fragile, Mother, and I have been waiting for Ella for so long.”

He looked back up at his mother, resolved and proud, but still pleading for her approval.

Ferdy had told me once before that I was the one who was more determined between us, but as his fingers curled into mine, in a manner that was both so seductive and yet so innocent, I wondered if he had been lying.

To win a print copy of Prince of Secrets and Shadows, click on the link below! 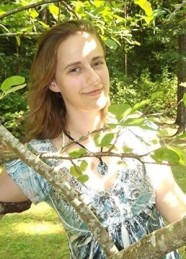 C. S. Johnson is the award-winning, genre-hopping author of several novels, including young adult sci-fi and fantasy adventures such as the Starlight Chronicles, the Once Upon a Princess saga, and the Divine Space Pirates trilogy. With a gift for sarcasm and an apologetic heart, she currently lives in Atlanta with her family. Find out more at http://www.csjohnson.me

2 thoughts on “Blog Tour: Prince of Secrets and Shadows by C.S. Johnson”