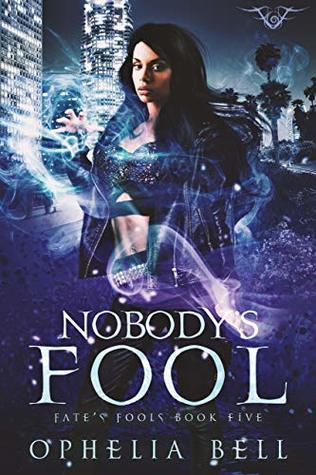 Deva Rainsong has a mission to take revenge on a god, but all she really wants is to understand why one mortal man doesn’t love her. Once upon a time, Ozzie West was her first love, her savior, and the man she always believed she could count on no matter what. But to him it’s as if she never existed.

Unfortunately Deva’s mission won’t wait, and she needs Ozzie’s love to fulfill her promise to Fate or their entire world could come crashing down around them. Because when you piss off a god, you’d better have the power to strike back.

I plucked at the strings again, restarting the song and finding my voice. Despite a tongue clumsy from drink, I had no trouble singing clearly. Call it my superpower; I may not have been able to walk a straight line, but I could still make flawless music while wasted.

Her eyelids fluttered closed and some of the tension in her expression eased. Her spine became less rigid and she seemed to flow across the room toward me. The way she moved may have been the most graceful thing I’d ever seen. She was just walking, but it felt like a dance, each step matching the beat of my song. My pulse raced, my body heated, and I could hear my heartbeat in my ears, thrumming to the same tempo.

My mouth had gone dry by the time she climbed up on the bed. She crawled across the covers, her movements seductive though her eyes were closed now. She only paused for a second to listen before continuing toward me, straddling my legs.

I pushed back against the pillows, the notes faltering, then stopped entirely when her breasts grazed my hand.

“Uh, I can’t play if you’re going to climb all over me. You understand that, right?”

I got the impression her vocabulary must have been limited to singular syllables in this form, and I doubted the wisdom of allowing her to just crawl on top of me the way she was doing. I clutched the guitar, deciding it was probably better to keep some barrier between us, considering she was looking at me as if she wanted to eat me.

“Why don’t you just sit next to me here, and I’ll sing you all the songs you want?” I patted the bed beside me and then started in on a different song—one I knew all the words to.

Her face twisted with displeasure. “No!” She tore the guitar from me with surprising strength and sent it crashing to the floor in a dissonant clatter. She surged up close, her breath hot against my ear, her full breasts warm through the thin fabric of my shirt.

I cleared my throat and hummed a bar of the unfinished song, then stopped. “You mean that one?”

“Mmm,” she said, a small smile gracing her lips and her eyelids fluttering closed again.

I grasped her by the shoulders and attempted to twist around to position her beside me. The next thing I knew, I was pinned flat to the bed, her wild eyes staring down at me as vines snaked down and coiled around my wrists.

“Fucking hell,” I muttered, staring at the vines. I tugged hard, but they held tight.

Her lovely, dark face hovered over me, eyes a maelstrom of need, but a flicker of deeper awareness made me think Deva was still in there, perhaps along for the ride while her instincts had control. Up close, her lips were a deep blue, as was her tongue as it swept across her lower lip.

Fuck, now she did look like she was going to eat me, and I was only more convinced of that when she grasped the sides of my shirt and wrenched it open, leaving me absently relieved it had snaps instead of buttons.

She raked her blunt nails down my chest, the sensation more arousing than painful. My body came alive under her touch despite the fact that I knew she was off-limits. But holy fuck, was this hot. If she went any further, all bets were off.

Ophelia Bell loves a good bad-boy and especially strong women in her stories. Women who aren’t apologetic about enjoying sex and bad boys who don’t mind being with a woman who’s in charge, at least on the surface, because pretty much anything goes in the bedroom.

Ophelia grew up on a rural farm in North Carolina and now lives in Los Angeles with her own tattooed bad-boy husband and four attention-whoring cats.