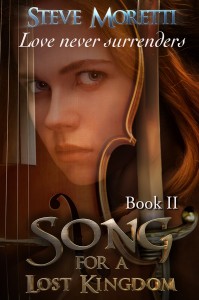 Music is not bound by time.

And Adeena Stuart is not bound by anything that will stop her from saving the man she’s fallen in love with, even though he’s been dead for almost three hundred years.

In Book II of the Song for a Lost Kingdom trilogy, her music provides the portal to James Drummond who is fighting alongside Prince Charles Edward Stuart in the 1746 Jacobite uprising. Though their cause is doomed, and James is destined to die shortly after the Battle of Culloden, Adeena’s determination never wavers.

Left behind in the present, Adeena’s friends and families are equally determined to return her to 2019.

Throughout it all, the music sweeps across those in both the past and present in this novel of history, fantasy, romance and science fiction.

Adeena collapsed onto the bed in her private chamber at Hamilton Palace.

The recently widowed Lady Anne Hamilton had shown her to the room and asked a servant to draw her a hot bath. It was the best Christmas present anyone could possibly give her, she thought. The cold from every part of her body ached for the balm of something warm.

A hot bath and clean clothes awaited her and the thought of them made all her pains a bit more tolerable.

When the bath was ready, with fragrant perfume and oils, and most importantly with steaming water, she let herself enjoy the feeling that transcended any bathing experience she had ever had before. It felt like a tiny part of the future had slipped back into the past.

As she closed her eyes she thought of James and about her situation. For anyone knew, she was Katharine Carnegie, sister of George and Sir James Carnegie. Her aunt was Lady Margaret St. Clair, who still fought to retain her hold on Kinnaird Castle against the attainder of her first husband’s estates and titles.

She wondered about Katharine Carnegie. Have I become her? What happened to her or have we somehow switched places in time? Are we the same person, the same soul, the same spirit?

It was the servant who had drawn her bath, knocking on the door.

“When you are complete, I will aid you to dress for dinner. Lady Anne has seated you with the Duke of Perth,” the servant announced through the door.

There was a pause. Adeena realized that sometimes her vocabulary confused those around her.

“I will return presently,” she servant responded.

She closed her eyes again. The Duke of Perth, James Drummond – the man who perhaps loved Katharine and perhaps, her. But he seemed to be keeping his distance. He was unlike any man she had ever known in her own time. How much was him and who he was as a person? Or was it just the culture and time they were in – 1745 Scotland?

It was probably impossible to separate the two, and she had no plan for how she could save him from dying a few days after his 33rd birthday, less than five months from today. Stories she had listened to her from her grandmother, about the misery of ‘Ashlynne’ had always gripped Adeena as a moving tale from a faraway place and time. But now she was in the story, not just listening to it.

Adeena had become the woman in her grandmother’s dreams.

Katharine, not Ashlynne. Determined, not afraid.

She would change history.

Okay, so you will have to bear with me for a moment because I read book 1 and 2 back to back. So this is going to be a fairly quick overview. This is a historical fantasy with romance that takes place in both 1745/46 and 2018/19.  Adeena in the present day is a Cellist / Katharine (1745) is a Cellist and a Composer and is in the middle of the Jacobite rebellion with a brother on each side. Katharine’s heart belongs to James Drummond a Jacobite who is leading an army for the Prince to take back Scottland. In Present-day Adeena is in a coma with growth in her brain that began happening when she started traveling back in time.

Let me start by saying that this is a very well researched book. As someone who loves history I appreciate how much research has to have gone into it. In this book you will be submerged into the rebellion of 1745/46. I enjoyed the writing of the book I feel the writing style was perfect for the subject matter.

The time travel element was interestingly done Adenna does not physically go back in time. Her consciousness is what travels through time and into Katharine Carnegie. However there were times that I found the change of POV jarring because you are also changing time periods to. I’m not saying it was done badly I just learned that I did not like it.

One thing that really bothered me is that the names Adenna and Katharine were interchanged in the 1745 timeline I know they are the same person but it gave me pause more than once because at that time she is supposed to be Katharine. So when a section stated out as Adenna I thought we were going to move back to present day.

I know I have said this before, I am not a fan of cliffhangers. Yes I have a few exceptions to this but as a general rule I don’t like them. Reading books 1 and 2 back to back wasn’t bad but then this ends in one too.

All in all this is a good book if you like time travel and books focused around war/rebellion. 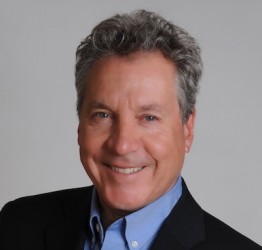 I am an author in Ottawa, Canada. I have a varied background in business, journalism and education.

I love history, and the people who have lived fascinating and sometimes very ordinary lives in extra-ordinary times. I’m drawn to music and the arts, as well as scientific discovery, politics and science fiction, especially time-travel.

My novels combine my interests in stories that put characters within a realistic world that just happens to include elements that challenge our perceptions of reality.

I am currently completing my first trilogy, Song for a Lost Kingdom, and will be starting a new series in 2020.