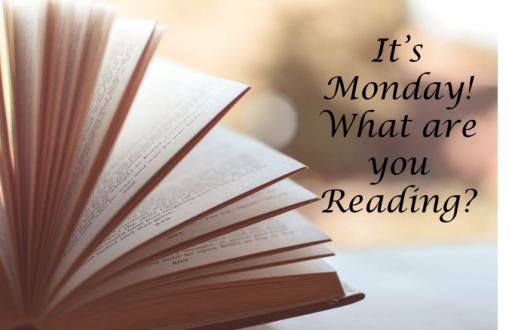 Suitors and Sabotage by Cindy Anstey
4 Stars
Add to Goodreads

Shy aspiring artist Imogene Chively has just had a successful Season in London, complete with a suitor of her father’s approval. Imogene is ambivalent about the young gentleman until he comes to visit her at the Chively estate with his younger brother in tow. When her interest is piqued, however, it is for the wrong brother.

Charming Ben Steeple has a secret: despite being an architectural apprentice, he has no drawing aptitude. When Imogene offers to teach him, Ben is soon smitten by the young lady he considers his brother’s intended.

But hiding their true feelings becomes the least of their problems when, after a series of “accidents,” it becomes apparent that someone means Ben harm. And as their affection for each other grows—despite their efforts to remain just friends—so does the danger. . .

Current Reads:
So this is the week where I have too many ambitions regarding reading and will be lucky to finish even 1 book.

Death Among Us: An Anthology of Murder Mystery Short Stories
Add to Goodreads

Who knew death could be so eclectic? Relish this mesmerizing murder mystery mash-up of short stories.

The stories include the 2019 SIA Award-Winning Murder Mystery Short Story ‘The Rose Slayer.’

Murder and mystery have been the staple of literature and films for years. This anthology of short stories will thrill and entertain you. Some will also make you laugh out loud. Others will stop and make you think.

Think of this murder mystery short story anthology as a book version of appetizers or starters, hors d’oeuvre, meze, or antipasti. It can be read as fillers between books or, as is the case in some countries, as a bookish meze – in its own right.

These stories come from an international cast of authors; some with bestselling books, others are emerging or new talents. Their roots, cultures, and life experiences are as diverse as their writing styles.

But one thing binds them together: they know how to tell a story.

There are murder mystery styles and locations to suit all tastes: detective fiction, serial killers, sci-fi, hist-fic, LA, England, The Great Lakes, Las Vegas, the Nevada desert and more in an exquisite exposition of the art of short storytelling.

The ten authors who have contributed to the anthology are:

Each author introduces his or her stories and the theme that lies behind them. By the time you finish the book, you will agree the result is a mesmerizing murder mystery mash-up.

On the 200th anniversary of the publication of Frankenstein, comes a riveting biography of its author, Mary Shelley, whose life reads like a dark gothic novel, filled with scandal, death, drama, and one of the strangest love stories in literary history.

The story of Frankenstein’s creator is a strange, romantic, and tragic one, as deeply compelling as the novel itself. Mary ran away to Lake Geneva with the poet Percy Bysshe Shelley when she was just sixteen. It was there, during a cold and wet summer, that she first imagined her story about a mad scientist who brought a corpse back to life. Success soon followed for Mary, but also great tragedy and misfortune.
Catherine Reef brings this passionate woman, brilliant writer, and forgotten feminist into crisp focus, detailing a life that was remarkable both before and after the publication of her iconic masterpiece. Includes index. 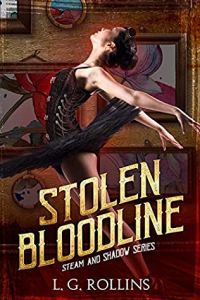 The heritage she never knew was hers. The future he never believed could be.

Jasper Wimple’s art is gaining popularity and life is falling into place for him at last. After meeting the Ambassador from China, a relationship that could propel him forward, Jasper’s street smarts tell him to steer clear of the man. But nothing could have prepared Jasper for a ghostly visit from one of the ambassador’s murdered victims, or taught him what to do when the ghost demands Jasper help protect his surviving wife and daughter.

Ju is done mourning a father she never knew for the entirety of Ghost Month, despite her mother’s insistence that they continue the tradition. Instead, Ju focuses on her upcoming audition—her one chance to enter London’s most prestigious dance school.

But then her mother’s life is threatened, and Ju sets everything else aside. Working together as new friends and unexpected allies, Jasper and Ju struggle to protect Ju’s mother and each other. With their own lives, the lives of those they care most about, and a budding romance all on the line, will they bring one of the most powerful men in England to justice before he silences them for good?