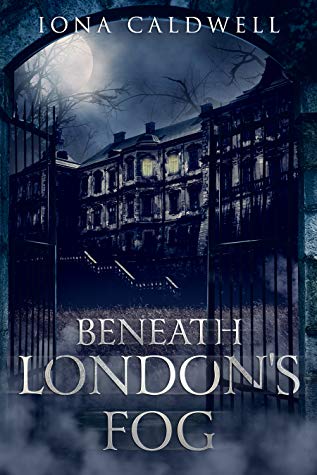 Jonathan is the immortal master of Raven Hollow Manor – a decrepit mansion riddled with superstition, murder and restless ghosts. Beneath it lies a restless malice.

Its previous owner driven mad, violently kills his guests with a rusted ax, creating the perfect venue for Jonathan to seclude himself in a prison of his own device.

When the streets of London begin to run red with blood; the bodies exhibiting disturbing signs and baffling wounds, the identity of the killer remains elusive to police.

The bodies are just the beginning of Jonathan’s troubles. A mysterious letter accusing Jonathan of committing the murders appear, raising suspicion in the police. Hidden beneath the mangled bodies, Jonathan soon realizes he is being forced to face demons he thought died in a forlorn past he attempted to escape.

One thing Jonathan knows for certain: He must deal with the demons of his past if he is to survive his future. Not only him but those he has come to love as well.

The Streets Ran With Blood

I want it known before this tale begins – I am not a hero but a villain. I want no sympathy from whomever reads this recalling of my story; no mourning for the tragedy that befell my life. I am not an innocent man but a sinner forced to face the ravaging demons and ghosts of his own creation.

My story began as many do – a lie, a fire and murder. One of my kind murdered the woman I loved in the coldest of blood in one of history’s darkest times at the behest of a possessive noble.

After a run in with him in Nottingham, I soon found myself fleeing for my life from hunters, framed for a murder I had not committed.

Forgive me, I am getting ahead of myself.

Let me begin where this part of my story took place.

A bloody civil war ravaged London followed shortly by the Great Fire in 1666. A glorious time for me and those like me to take advantage of the chaos and remain hidden in the shadows.

I managed to pursue the one responsible for nearly getting me killed two centuries prior to the plague which befell London before the fire.

Within the shadows of the flickering flames of St. Peter’s Cathedral, I struck him down and departed the city, thus avoiding my demise.

I had yet to escape him, however, when his vengeful spirit devoured the souls of the innocent in a mad bloodlust.

Though greatly injured, I managed to drive his spirit to my new home Raven Hollow Manor in London, imprisoning him in stone coffin in the crypt beneath it.

Peace resumed in my life and nobles of all kinds enjoyed lavishly hosted parties within the halls of my estate.

Unfortunately, the short-lived splendor at the hands of the hauntings filled the ears of the locals and my beloved home decayed into a tangled web of blood-filled rumors and superstition.

My once glorious halls became infested with dust, its crystal chandeliers covered with cobwebs, their spiders fat on the insects buzzing around the decay and mold-covered wallpaper.

Yet, there I remained as it proved a decent place to not only contain my greatest sin but served also as a castle of solitude.

The tides of time swept by in a cacophony of modernization and the movement from superstition to things only mortal science could explain.

I still needed to venture into the city, not only to feed but also to purchase other items needed for everyday living.

It wasn’t until the winter of 1910 that my silence would be disrupted in the form of a girl named Holly, a young street urchin accused of theft. I took her with me after using a bit of “persuasion” on the local officers to let her go.

They did not need to know where I would take her and she soon grew into a wonderful messenger on my behalf. She became a rather attractive young woman with bouncy blonde curls who kept me company with stories of what went on in the city.

I am sure, at one time, she became infatuated with me. It did not surprise me. To mortals, my kind held a certain allure they found difficult to ignore. I ended her infatuation quickly following a stern talking to and dousing with cold water.

One day, while in my labyrinthine garden, Holly came to me in tears.

When the people of London learned where Holly lived, the townsfolk dubbed her a practitioner of black magic.

One day, I found Holly sitting on one of the marble benches in the garden, sobbing. I picked a flower and put it in my daughter’s hair, sitting next to her beneath the statue of a praying angel.

“You need not worry about them, dearest. Mortals are always quick to place labels on what they do not understand.”

Holly sniffled and sobbed, wiping her nose and offering me a smile. “But why do they avoid this place, Jonathan?”

“Mortals fear what they cannot comprehend. Pay them no mind. You are a wonderful young woman,” I purred, brushing a blonde curl from her face.

The words appeared to have placated her as she smiled and joined me in a moonlight stroll through the garden.

Around midnight, after dinner with Holly, I dismissed her to bed. Once she departed, I sought out sustenance in the city.

A dense fog rolled in due to the cool winter weather and the recent days of rain.

Combined with the darkness of the streets and alleyways, I managed to meet a young working woman on the corner and wooed her into joining me for a walk to the park. As with other women, I made sure she understood I respected her body with gentle caresses and loving words murmured into her ears.

Once I placed her deep under my spell, I kissed the tender flesh of the woman’s throat and exposed shoulder, thanking her for her gift.

My fangs pierced her flesh, earning a moan of pleasure as her body surrendered its precious life force without any significant damage. Her body pressed against mine, her moans increasing with pleasure at my kiss.

I preferred this method to those of many of my other brethren who tore their victims apart during a feeding, choosing power to subdue instead of sexual allure.

When signs of weakness began manifesting I released my hold, picking her up after licking the small puncture wounds, my saliva healing them, leaving no marks or scars.

To assure she received care, I took her to the nearest hospital and deposited her on the steps without anyone noticing.

As always, I used hypnotic suggestion to erase her memory and leave her with a pleasant dream.

During the wee hours of the morning, I tended to enjoy the calls of the birds and the chirping of the crickets to help relieve the burden on my mind.

Not a soul roamed the streets near the bridge where I liked to sit and write poetry or read a book.

In the midst of the silence, a horrifying shriek caught my attention, almost startling me.

My pupils narrowed to those one might see in a viper or a cat. I let my body dissipate into the form of a black mist, hovering over the city in search of the source of the scream.

I found it in the shape of the body of a mangled man.

The whites of his eyes consumed most of the portion of the glossy orbs in his skull, mouth gaped open mid-scream.

I knelt before him, my own brows furrowed in frustration at the recognition of the familiar puncture wounds on the man’s throat. This cannot be. No other has hunted here in centuries.

The disturbing find made something clear.

Many of my kind preferred not to hunt in one place occupied by another of higher status, or in another’s territory for that matter. We changed due to the growing number of human hunters who would kill any of us they came across.

Despite the city’s size, my reputation often kept others out of my hunting grounds, for which I remained grateful.

This new kill had been malicious.

If I allowed such behavior to continue, it could draw the attention of the hunters or the local police to my home.

Whomever the responsible party, I needed to locate them and have a word with them or kill them if necessary.

My eyes closed, a heavy sigh drawing up from within my lungs. I placed my fingers over the man’s eyes, using a gentle touch to close them. “Forgive whichever of us did this to you. You did not deserve to die in such a horrific manner.”

Searching through the pockets of his trench coat, I located his identification card and vowed to send some money and roses to his family.

Sounds of sirens and the calls of the corner watchmen announced the arrival of the authorities. I left them the man’s wallet so they could inform his family of their loss.

I lurked in the shadows listening to the inspectors scrutinizing the scene.

“Bloody mystery, it is. This is the second mangled body we found this week. One has to wonder if we might be witnessing the birth of another blighter of a serial killer.” One of the inspectors scratched his head beneath the dome shaped hat.

I recognized him as Bertrand Abrams, a well-known officer and one of the only men who aided Holly during her visits to town.

From his looks, one would expect him to hail from Scotland. A bushy mustache and stringy hair with the consistency of sheep’s wool held the color of fire. Dimples set into high cheekbones and a double chin made me smile. A portly belly betrayed his affinity for too many scones and perhaps Scotch.

He had been wrong. This death held no mystery. I merely needed to find the one responsible before it resulted in too much of a personal dilemma.

Following the release of the corpse to the medical examiner, I took the form of black mist and drifted back to Raven Hollow.

The beginnings of my night would be haunted by dreams of a past filled with love, vengeance and pain.

It would be filled with shining auburn locks and eyes the color of the fresh leaves of spring. 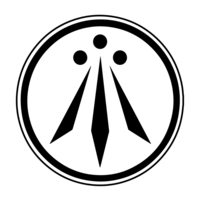 Iona Caldwell is the lover of all things arcane, folklore, nature and magic.

She is the author of the British Occult Fiction, Beneath London’s Fog set to be published by FyreSyde Publishing October 2019. Her second title, Hell’s Warden is forecasted to release in February of 2020. When she’s not busy weaving worlds of the arcane and dark, she’s spending time out in nature. An avid lover of books, Iona claims her biggest inspirations are H.P Lovecraft, Stephen King, Neil Gaiman and Edgar Allen Poe.

She believes storytellers should tell the stories they want to tell. As such, most of her titles are stand-alone novellas she hopes will leave her readers immersed in magical worlds.

She is also an extremely active book blogger who will review primarily horror, suspense, supernatural thriller, mystery, and occult/gothic fiction.

One thought on “Book Blitz: Beneath London’s Fog by Iona Caldwell”