Mrs. Thornsley, desperate for answers, calls in her thirteen-year-old neighbors, the Botanic Hill Detectives—twins Lanny and Lexi Wyatt, Moki Kalani, and Rani Kumar. Their exciting mission? To find the urn and its real thief, bring the criminal to justice, and exonerate Dr. Thornsley so his spotless reputation can be restored.

A roomful of venomous snakes, the poisoned Egyptian pond, and Dragon Pit Man are just a few of the tests awaiting the four tech-savvy teenagers. As the detectives begin to unravel the sinister plot, the mystery takes a dangerous turn. Answers are at their fingertips—if they can only convince their parents to let them solve the case.

Pride, Prejudice, and Other Flavors by Sonali Dev
(The Rajes #1)
Romance, Retelling
4 Stars
Add to Goodreads

It is a truth universally acknowledged that only in an overachieving Indian American family can a genius daughter be considered a black sheep.

Dr. Trisha Raje is San Francisco’s most acclaimed neurosurgeon. But that’s not enough for the Rajes, her influential immigrant family who’s achieved power by making its own non-negotiable rules:

Trisha is guilty of breaking all three rules. But now she has a chance to redeem herself. So long as she doesn’t repeat old mistakes.

Up-and-coming chef DJ Caine has known people like Trisha before, people who judge him by his rough beginnings and place pedigree above character. He needs the lucrative job the Rajes offer, but he values his pride too much to indulge Trisha’s arrogance. And then he discovers that she’s the only surgeon who can save his sister’s life.

As the two clash, their assumptions crumble like the spun sugar on one of DJ’s stunning desserts. But before a future can be savored there’s a past to be reckoned with…

A family trying to build home in a new land.

A man who has never felt at home anywhere.

And a choice to be made between the two. 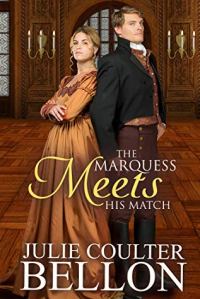 Lord Christian Wolverton―known as Wolf in a covert group operating during the war against Napoleon―has been called home from his military duties. For the moment, his family responsibilities require him to suspend his more clandestine activities. But information falls into his hands that a traitor will soon try to tip the scales back into French favor and Christian doesn’t have much time to stop it from happening.

Going to the one person who can help him, the powerful Duke of Huntingdon, Christian comes face to face with Lady Alice. She’s a beautiful member of the ton with a very big secret―she’s also a trained agent and already on the case. Forced to partner with her to lure the traitor out of hiding, Christian wants to quickly close the case himself, before Lady Alice is more closely involved. But Lady Alice has ideas of her own and she’s going to prove her theories correct―with or without him.

Danger is closer than they think, however, and it’s a race against time to expose the traitor’s identity before British lives are endangered. Both Christian and Alice have strong opinions on who he is, but which one will be proven right? 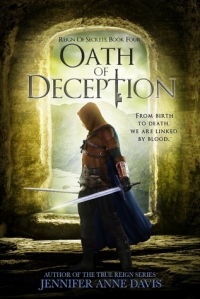 For Savenek, there is no greater honor than protecting Emperion. While other young men his age study a trade, he attends a secret, elite military academy where he has been honed into a lethal asset for his kingdom. He can gather information without detection and kill from the shadows. Savenek’s own father is the schoolmaster, and he forces Savenek to train harder than any other student. As graduation draws near, Savenek eagerly awaits the vows inducting him into the Brotherhood of the Crown.

But then again, his father taught him nothing ever goes as planned.

Political intrigue clashes with romance in this thrilling story that continues the Reign of Secrets saga.