Recent Books
These are the books that I finished this week.  I also DNF’d 2 books this past week.

“Hope was a dangerous thing. It could consume every dream and make them take flight, becoming wild daydreams in one’s heart and mind. Or hope could incinerate everything you thought you knew, burning you down to your core, leaving you raw and exposed for the world.”

Emory Fae has only known one thing—life at The Academy, a school for those who have special abilities. Following in her parents’ footsteps, the pressure to uphold their dream falls on her and one of her best friends—Adair Stratton. An outcast and feared by most, Adair longs to break away from the expectations dictating his future. With whispers of dark magic spreading across Kiero, Adair starts to doubt The Academy is all it seems.

An unexpected visit ignites new tensions as the roguish king from across the Black Sea, Tadeas Maher of the Shattered Isles, and his heir, Marquis Maher, sail to Kiero. Notorious for their pirating and wrath, for the first time in years, they demand the Faes listen to their proposition for a new treaty. Caught in the middle of politics, Adair and Emory, with the help of their best friends Brokk and Memphis, search for the one thing that matters the most—the truth.

Their world is tipped upside down as unlikely alliances are made, and war ravages Kiero. Through the throes of betrayal, lies, hidden magic, and love, Adair is faced with a life-changing decision. Will he fight or bow to the darkness within?  But, Adair’s decision will change the course of Kiero forever, setting in motion irreversible destinies for everyone at The Academy as Emory Fae rises as heir. 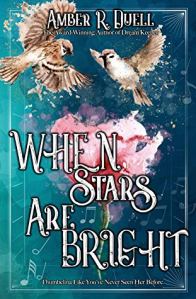 For Emily, accepting the proposal of Philip, the Viscount Ashton, was an easy way to escape her overbearing mother, who was set on a grand society match. So when Emily’s dashing husband died on safari soon after their wedding, she felt little grief. After all, she barely knew him. Now, nearly two years later, she discovers that Philip was a far different man from the one she had married so cavalierly. His journals reveal him to have been a gentleman scholar and antiquities collector who, to her surprise, was deeply in love with his wife. Emily becomes fascinated with this new image of her dead husband and she immerses herself in all things ancient and begins to study Greek.

Emily’s intellectual pursuits and her desire to learn more about Philip take her to the quiet corridors of the British Museum, one of her husband’s favorite places. There, amid priceless ancient statues, she uncovers a dark, dangerous secret involving stolen artifacts from the Greco-Roman galleries. And to complicate matters, she’s juggling two very prominent and wealthy suitors, one of whose intentions may go beyond the marrying kind. As she sets out to solve the crime, her search leads to more surprises about Philip and causes her to question the role in Victorian society to which she, as a woman, is relegated. 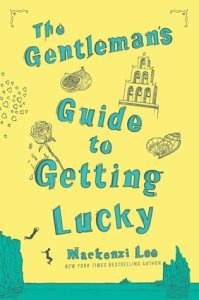 In this funny and frothy novella that picks up where the New York Times bestselling The Gentleman’s Guide to Vice and Virtue leaves off, freshly minted couple Monty and Percy fumble through their first time together.

Monty’s epic grand tour may be over, but now that he and Percy are finally a couple, he realizes there is something more nerve-wracking than being chased across Europe: getting together with the person you love.

Will the romantic allure of Santorini make his first time with Percy magical, or will all the anticipation and build-up completely spoil the mood?

A Case of Possession by K.J. Charles
(A Charm of Magpies #2)
Historical, Fantasy, Romance
Add to Goodreads

Magic in the blood. Danger in the streets.

Lord Crane has never had a lover quite as elusive as Stephen Day. He knows Stephen’s job as justiciar requires secrecy, but the magician is doing his disappearing act more than seems reasonable—especially since Crane will soon return to his home in China. When a blackmailer threatens to expose their illicit relationship, there’s only one thing stopping Crane from leaving the country he loathes: Stephen.

Stephen has problems of his own. As he investigates a plague of giant rats sweeping London, his sudden increase in power, boosted by his blood-and-sex bond with Crane, is rousing suspicion that he’s turned warlock. With all eyes on him, the threat of exposure grows. Stephen could lose his friends, his job and his liberty over his relationship with Crane. He’s not sure if he can take that risk much longer. Crane isn’t sure if he can ask him to.

The rats are closing in, and something has to give…

In the dark underbelly of Victorian London, a formidable female sleuth is pulled into the macabre world of fanatical anatomists and crooked surgeons while investigating the kidnapping of an extraordinary child in this gothic mystery—perfect for fans of The Essex Serpent and The Book of Speculation.

Bridie Devine—female detective extraordinaire—is confronted with the most baffling puzzle yet: the kidnapping of Christabel Berwick, secret daughter of Sir Edmund Athelstan Berwick, and a peculiar child whose reputed supernatural powers have captured the unwanted attention of collectors trading curiosities in this age of discovery.

Winding her way through the labyrinthine, sooty streets of Victorian London, Bridie won’t rest until she finds the young girl, even if it means unearthing a past that she’d rather keep buried. Luckily, her search is aided by an enchanting cast of characters, including a seven-foot-tall housemaid; a melancholic, tattoo-covered ghost; and an avuncular apothecary. But secrets abound in this foggy underworld where spectacle is king and nothing is quite what it seems.

Blending darkness and light, history and folklore, Things in Jars is a spellbinding Gothic mystery that collapses the boundary between fact and fairy tale to stunning effect and explores what it means to be human in inhumane times.