A new month a new set of releases.  There are 5 books that are coming out this month that I am excited about.

Where Nirrim lives, crime abounds, a harsh tribunal rules, and society’s pleasures are reserved for the High Kith. Life in the Ward is grim and punishing. People of her low status are forbidden from sampling sweets or wearing colors. You either follow the rules, or pay a tithe and suffer the consequences.

Nirrim keeps her head down and a dangerous secret close to her chest.

But then she encounters Sid, a rakish traveler from far away who whispers rumors that the High Caste possesses magic. Sid tempts Nirrim to seek that magic for herself. But to do that, Nirrim must surrender her old life. She must place her trust in this sly stranger who asks, above all, not to be trusted.

Set in the world of the New York Times–bestselling Winner’s Trilogy, beloved author Marie Rutkoski returns with an epic LGBTQ romantic fantasy about learning to free ourselves from the lies others tell us—and the lies we tell ourselves. 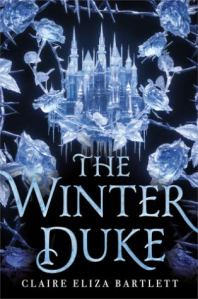 An enchanted tale of intrigue where a duke’s daughter is the only survivor of a magical curse.

When Ekata’s brother is finally named heir, there will be nothing to keep her at home in Kylma Above with her murderous family. Not her books or science experiments, not her family’s icy castle atop a frozen lake, not even the tantalizingly close Kylma Below, a mesmerizing underwater kingdom that provides her family with magic. But just as escape is within reach, her parents and twelve siblings fall under a strange sleeping sickness.

In the space of a single night, Ekata inherits the title of duke, her brother’s warrior bride, and ever-encroaching challengers from without—and within—her own ministry. Nothing has prepared Ekata for diplomacy, for war, for love…or for a crown she has never wanted. If Kylma Above is to survive, Ekata must seize her family’s power. And if Ekata is to survive, she must quickly decide how she will wield it.

Part Sleeping Beauty, part Anastasia, with a thrilling political mystery, The Winter Duke is a spellbinding story about choosing what’s right in the face of danger.

A princess longing to be free…

On the dawn of her courtship trials, Princess Lyana Aethionus knows she should be focused on winning her perfect mate, yet her thoughts wander to the open sky waiting at the edge of her floating kingdom. One final adventure calls. Upon fleeing the palace, the last thing she expects to find is a raven prince locked in a death match with a dragon.

A bastard aching to belong…

Reviled son of a dead king, Rafe would do anything for his beloved half-brother, Prince Lysander Taetanus, including posing as him in the upcoming courtship trials. When a dragon interrupts their secret exchange, he orders his studious sibling to run. After suffering a fatal blow, Rafe is saved by a beautiful dove who possesses forbidden magic, just like him.

Fate brought them together, now destiny will tear them apart…

Unknown to the world above, on the foggy sea ten thousand feet below, a young king fights a forgotten war. He believes Lyana is the queen prophesied to save the world, and with the help of his favored spy, hidden deep in the highest ranks of the dove royal house, he will stop at nothing to have her. 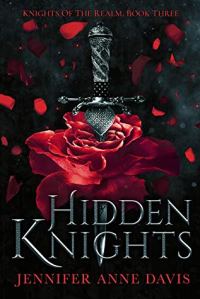 With Prince Henrick dead, a foreign army in league with the king, and the palace taken, Reid must find a way to right the wrongs for the people of Marsden.

Reid never expected to find love, friendship, or her mother in the kingdom of Axian. She also never expected to become a leader for her people. With the king threatening to overthrow the dukes and take complete control of the kingdom, Reid realizes she may be the only one in a position to stop him. With the ring her father gave her, the commanders of the army at her side, and a master schemer in league with her, Reid just might be able to pull off the greatest upset in Marsden history—all she has to do in step into the role she was born for.

To protect her kingdom, Reid must outsmart them all. Luckily, she’s spent the last eighteen year learning the art of manipulation, and she isn’t above putting those skills to the test.

Braden Mack thinks reading romance novels makes him an expert in love, but he’ll soon discover that real life is better than fiction.

Liv Papandreas has a dream job as a sous chef at Nashville’s hottest restaurant. Too bad the celebrity chef owner is less than charming behind kitchen doors. After she catches him harassing a young hostess, she confronts him and gets fired. Liv vows revenge, but she’ll need assistance to take on the powerful chef.

Unfortunately, that means turning to Braden Mack. When Liv’s blackballed from the restaurant scene, the charismatic nightclub entrepreneur offers to help expose her ex-boss, but she is suspicious of his motives. He’ll need to call in reinforcements: the Bromance Book Club.

Inspired by the romantic suspense novel they’re reading, the book club assists Liv in setting up a sting operation to take down the chef. But they’re just as eager to help Mack figure out the way to Liv’s heart… even though she’s determined to squelch the sparks between them before she gets burned.