I’m mostly on instagram and twitter–where I’m always ready to talk fictional crushes and nerd out over books. (Okay, okay. And I’ve also been known to share snippets and teasers from my upcoming novels, if you’re into that sort of thing…) Please feel free to chat with me there @KerriManiscalco. I love talking with fellow readers!

Kerri Maniscalco grew up in a semi-haunted house outside NYC where her fascination with gothic settings began. In her spare time she reads everything she can get her hands on, cooks all kinds of food with her family and friends, and drinks entirely too much tea while discussing life’s finer points with her cats.

She is the #1 NYT and USA Today bestselling author of the STALKING JACK THE RIPPER quartet. The final installment, CAPTURING THE DEVIL, will be released on 9/10/19. KINGDOM OF THE WICKED, the first in a new YA fantasy series, is slated for fall 2020.

L. G. Rollins has always loved a heart-melting happily ever after. It didn’t matter if the story took place in Regency England, in outer space, beneath the Earth’s crust, or in a cobbler’s shop, if there was a sweet romance, she would read it.

​Life has given her many of her own adventures. Currently she lives in the Rocky Mountains with her best-friend, who is also her husband, and their four beautiful children. She still loves to read books and more books; her favorite types of music are classical, Broadway, and country; she’d rather be hiking the mountains than twiddling her thumbs on the beach; and she’s been known to debate with her oldest son about whether Infinity is better categorized as a number or an idea. 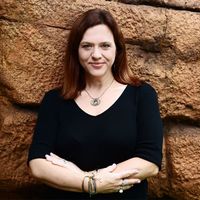 New York Times and USA Today bestselling author Melanie Karsak is the author of The Airship Racing Chronicles, The Harvesting Series, The Celtic Blood Series, Steampunk Red Riding Hood, and Steampunk Fairy Tales. The author currently lives in Florida with her husband and two children. She is an Instructor of English at Southern New Hampshire University.

Nancy Campbell Allen is the author of 17 published novels and several novellas, which encompass a variety of genres from contemporary romantic suspense to historical fiction. Her Civil War series, Faith of our Fathers, won the Utah Best of State award in 2005 and multiple books have been Whitney Award finalists, with My Fair Gentleman winning in the romance category in 2017. Her steampunk series is published through Shadow Mountain’s Proper Romance line. She has presented at numerous conferences and events since her initial publication in 1999.

Her formal schooling includes a B.S. in Elementary Education from Weber State University and she has worked as a ghost writer and freelance editor, contributing to the releases, We Knew Howard Hughes, by Jim Whetton, and My Life Encapsulated, by Kenneth Brailsford.

Her agent is Pamela Pho of D4EO Literary Agency.

Nancy loves to read, write, travel and research, and enjoys spending time laughing with family and friends. She and her husband have three children, and she lives in Ogden, Utah with her family and one very large Siberian Husky named Thor.

Oscar Fingall O’Flahertie Wills Wilde was born in Dublin in 1854. He was educated at Trinity College, Dublin and Magdalen College, Oxford where, a disciple of Pater, he founded an aesthetic cult. In 1884 he married Constance Lloyd, and his two sons were born in 1885 and 1886.

His novel, The Picture of Dorian Gray (1891), and social comedies Lady Windermere’s Fan (1892), A Woman of No Importance (1893), An Ideal Husband (1895), and The Importance of Being Earnest (1895), established his reputation. In 1895, following his libel action against the Marquess of Queesberry, Wilde was sentenced to two years’ imprisonment for homosexual conduct, as a result of which he wrote The Ballad of Reading Gaol (1898), and his confessional letter De Profundis (1905). On his release from prison in 1897 he lived in obscurity in Europe, and died in Paris in 1900.