She was known for her treatment of gender (The Left Hand of Darkness, The Matter of Seggri), political systems (The Telling, The Dispossessed) and difference/otherness in any other form. Her interest in non-Western philosophies was reflected in works such as “Solitude” and The Telling but even more interesting are her imagined societies, often mixing traits extracted from her profound knowledge of anthropology acquired from growing up with her father, the famous anthropologist, Alfred Kroeber. The Hainish Cycle reflects the anthropologist’s experience of immersing themselves in new strange cultures since most of their main characters and narrators (Le Guin favoured the first-person narration) are envoys from a humanitarian organization, the Ekumen, sent to investigate or ally themselves with the people of a different world and learn their ways. 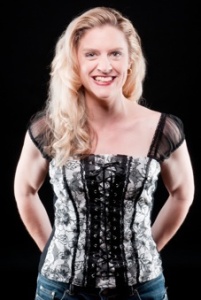 Viola Carr was born in a strange and distant land, but wandered into darkest London one foggy October evening and never found her way out. She now devours countless history books and dictates fantastical novels by gaslight, accompanied by classical music and the snoring of her slumbering cat. 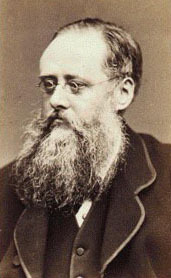 A close friend of Charles Dickens from their meeting in March 1851 until Dickens’ death in June 1870, William Wilkie Collins was one of the best known, best loved, and, for a time, best paid of Victorian fiction writers. But after his death, his reputation declined as Dickens’ bloomed.

Now, Collins is being given more critical and popular attention than he has received for 50 years. Most of his books are in print, and all are now in e-text. He is studied widely; new film, television, and radio versions of some of his books have been made; and all of his letters have been published. However, there is still much to be discovered about this superstar of Victorian fiction.

Born in Marylebone, London in 1824, Collins’ family enrolled him at the Maida Hill Academy in 1835, but then took him to France and Italy with them between 1836 and 1838. Returning to England, Collins attended Cole’s boarding school, and completed his education in 1841, after which he was apprenticed to the tea merchants Antrobus & Co. in the Strand.

In 1846, Collins became a law student at Lincoln’s Inn, and was called to the bar in 1851, although he never practised. It was in 1848, a year after the death of his father, that he published his first book, ‘The Memoirs of the Life of William Collins, Esq., R.A’., to good reviews.

The 1860s saw Collins’ creative high-point, and it was during this decade that he achieved fame and critical acclaim, with his four major novels, ‘The Woman in White’ (1860), ‘No Name’ (1862), ‘Armadale’ (1866) and ‘The Moonstone’ (1868). ‘The Moonstone’, is seen by many as the first true detective novel T. S. Eliot called it “the first, the longest, and the best of modern English detective novels …” in a genre invented by Collins and not by Poe.

Sorry, Guys I just could not find anyone that I know.

Thiago Furukawa Lucas (born 10 November 1984), who goes by his pen name Yuu Kamiya (榎宮 祐, Kamiya Yū), is a Brazilian-born Japanese novelist and illustrator. He worked on Takaya Kagami’s light novel adaptation of A Dark Rabbit Has Seven Lives.  In 2013, he then worked on writing and illustrating his own light novel series No Game No Life which has been adapted into anime,[3] was listed as one of the top-selling light novels in 2014. and was one of ten light novel series to receive a Yomiuri Shimbun Sugoi Japan Award. In 2015, his newer light novel and manga series Clockwork Planet was greenlit for an anime adaptation.  In 2011, he married Mashiro Hiiragi, who would work on the manga adaptation of No Game No Life.

I’m a Malaysian fantasy writer based in the UK. I’ve written a novel called Sorcerer to the Crown about magic, intrigue and politics in Regency London; a sequel about cursed sisters, anticolonial witches, dapper dragon dandies and murderous fairies called The True Queen; and a short story collection called Spirits Abroad. Plus some other stuff! I’ve won a British Fantasy Award for Best Newcomer, the Crawford Fantasy Award and a Hugo Award, and been nominated for a Locus Award and the Astounding Award for Best New Writer. Find out more about my work here: http://zencho.org